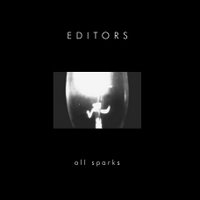 My favorite band of 2006, Editors, finally released their album The Back Room in the U.S. this past Tuesday, and are currently touring the States in support of it. Additionally, the hands-down best song off the album, "All Sparks," is being released in the U.K. on Monday as their fourth official single. You can listen to "All Sparks" and other tunes off the album over at the band's official site, under "Music." On iTunes (U.S.), the album contains the bonus track "No Disco." It's currently the 16th most-downloaded album on the site.