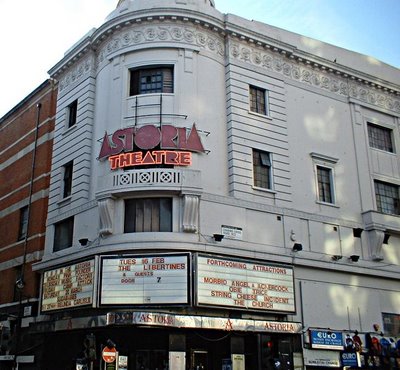 A quick zip through the message board at the official site for London club G-A-Y has revealed that the venue that's housed Europe's premiere campy gay dance party for years -- The Astoria -- has changed hands. Now, there are several differing reports on what's really going down, and quite frankly, I ain't taking the time to research to see which one is legitimate... but here they are:

* In a £23.75 million deal, the Astoria changed ownership from a subsidiary of Clear Channel Music Group UK (!) to Derwent Valley, who already own a majority of the businesses on the adjoining block. In 2008, once Clear Channel's lease is up, the venue will be converted to flats, shops and offices.

* British government is issuing a compulsory purchase order for the Astoria to convert it to a rail station: "Big railway line that will stop at Tottenham Court Road. The new station will basically fill the space currently occupied by the Astoria."

Here is a petition from G-A-Y promoter Jeremy Joseph that's being submitted to Parliament to stop the supposed Crossrail Project. 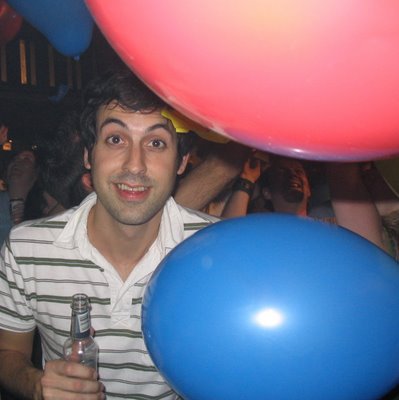 All I can say is nothing is as joyous as the traditional Saturday midnight balloon drop when Kylie's "Better The Devil You Know" kicks on! Here's a brief history of The Astoria, and this talks about G-A-Y.