Robyn And Darren Hayes Celebrate A Breakthrough For Self-Released Music 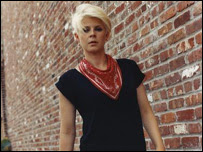 Ten years ago, Robyn, along with Backstreet Boys, Aqua and Spice Girls, kicked off the late-'90s pop revolution in the U.S. with her single, "Do You Know (What It Takes)." It eventually peaked at #7 on the Billboard chart. The equally sublime follow-up, "Show Me Love," also hit #7, and made it to #8 in the U.K. But it's taken a full decade and an eventual move to setting up her own label for Robyn to firmly nail a proper chart comeback. 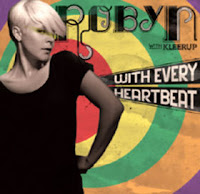 After debuting on the British chart at #5 last week on digital download sales alone, Robyn's collaboration with Andreas Kleerup, "With Every Heartbeat," [Video] has hurdled the odds and rocketed straight to #1. The success of "With Every Heartbeat" is not to be taken lightly, as it marks a celebratory moment for pop fans wary after recent years that saw cookie cutter indie rock acts, American rap stars and corporate guns- for-hire clogging the Top 10 on both sides of the pond. 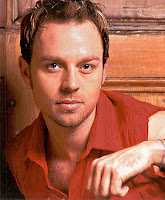 Darren Hayes, who is also now distributing music via his own label, sees "On The Verge Of Something Wonderful" [Video] -- his first release off This Delicate Thing We've Made -- make a #20 debut on the U.K. chart. This marks Darren's seventh Top 20 hit of his 5-year solo career in England. His last single, "So Beautiful," peaked at #15 in 2005.

The following is a message he posted today on his MySpace blog:

Right now I just wanna say thanks to all of you who have gone out and supported my music and my indie moves this year. It's been a lot of hard work and you've made it so worthwhile. We may end up debuting in the top 20 in the UK with the single and that's a miracle considering we are not signed to an evil empire!

Right now I'm very much aware that without all of you I would not have the opportunity to make my music – and from my heart I just want you to know that I am forever grateful for you. I really doubt there's another artist with as kick ass an audience as the one I have. This year it's like we've all hung out together making this record and now we're seeing it become a reality. How cool is that? This Delicate Thing WE'VE made!

This week truly marks a high note for artists taking the business of their music into their own hands.