So, Lance Bass has a book that came out last week or last month or something -- I don't know when the hell it was, 'cause I've got the Jason Donovan book, the Gary Barlow book and the Pennysaver sitting on my nightstand taking priority. It's nothing personal, Lance...it's just that when you came out last year, it sent me on a spiral into doom-laden hell. Entertainment Weekly had this to say about Out Of Sync in their new issue: "Unless you're a die-hard fan you won't sync up with his shallow, glossed-over (and ridiculously premature) life story."

The November issue of GQ has an interview with Lance (called "Lance Bass's Big Gay Adventure"), in which he states the following about his former band *NSync, and the following success of Justin Timberlake:

I'm proud of him. There's no anger, but there is disappointment. We were starting to get respect -- and Grammy nominations. And he kind of took that respect to get past the boy-band stigma. Hopefully, he'll throw us a bone and do another *NSync album or a song, because the rest of us loved it. It was our life -- touring, making albums.

I agree, Lance! Get Justin back in the studio with Max Martin, I say! Meanwhile, Ryan Gosling is on the cover of said GQ, and he can come over and make an album with D'luv or throw a bone any time he wants. 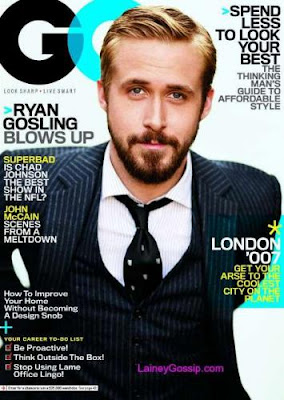 While we're at it, Daft Punk are on the cover of the new issue of Paper. And, oh my day-um, the one on the right is so hot. 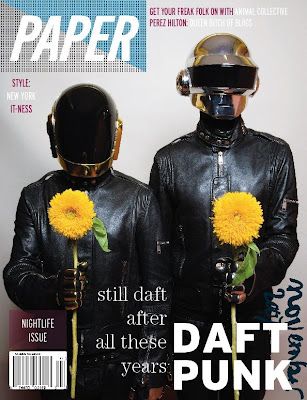