My, Oh My: Aqua Announce They're Reuniting For 2008 Tour, Possible Greatest Hits

Life in plastic is fantastic! Danish pop act Aqua, who split up in 2001, confirmed last week they'd be reforming for a 2008 tour. 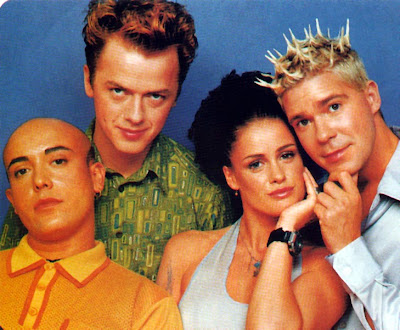 Thank God, too, because we need something to wash the bad taste of skank duo Samanda and their recent cover of Aqua's "Barbie Girl" out of our mouths.

"Barbie Girl" went on to be a massive worldwide hit in 1997, and catapulted their album Aquarium to sales of two million copies in the U.S. alone. "Lollipop (Candyman)" was the foursome's only other American Top 40 hit, while "Turn Back Time" got a fair amount of radio play due to its inclusion in the 1998 Gwyneth Paltrow film, Sliding Doors. 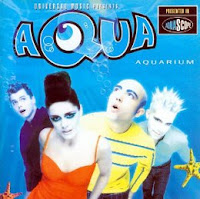 Universal only pressed about 10,000 copies of the original "Barbie Girl" single in the States, likely having low expectations for such a novelty tune. The song went on to peak at #7 on the Billboard Hot 100, and perhaps would have charted higher had it not already been deleted. As these were the days before massive file-sharing online, the scarcity of copies no doubt explains the rapid success of the Aquarium album here upon its release.

Anyway, according to Wikipedia, 4-Inch Subwoofer is possibly the name of their third album, which may or may not be a compilation with new tracks.

Female singer Lene Nystrøm put out a solo album in 2003, which I bought in the Canary Islands that fall. It kinda sucked, and I rolled it on eBay.