Well, after featuring Darren Hayes three times over the past year and a half in Instinct magazine, we finally got to meet tonight at Borders in Hollywood. 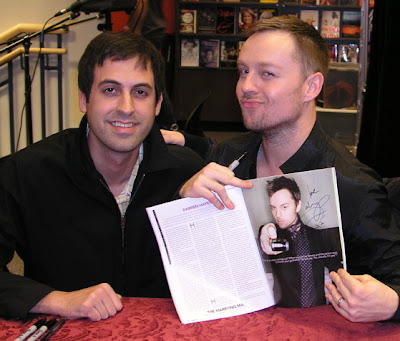 He's currently traveling around the States doing some in-store acoustic performances at Borders, a few concerts and the White Party in Miami (along with Cyndi Lauper) at the end of the month. 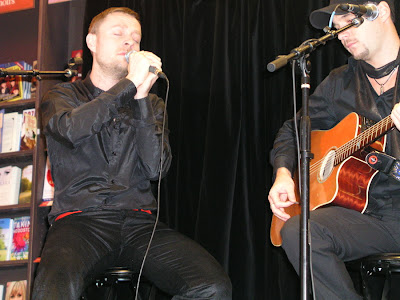 He performed "Who Would Have Thought," "Truly Madly Deeply," "On The Verge Of Something Wonderful," "I Like The Way" and "Casey." (Sadly, he didn't do my fave -- "So Beautiful.") 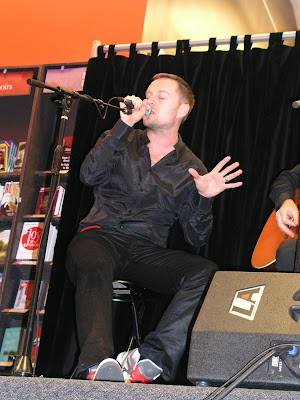 Darren had a huge turnout tonight at the Hollywood store -- lots of screaming girls, lots of gays and a screaming, gay D'luv.

Check out Darren's MySpace for the full list of his U.S. dates. If you missed D'luv's podcast interview with Darren, you can listen here.
Photos: Chart Rigger.