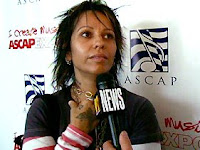 Warner Bros. has apparently tried to screw Linda Perry out of the James Blunt cash, and girlfriend is not having any of it! Now, I'm not gonna say anything bad about Linda because a.) she's produced some great jams, and 3.) I'm afraid I'll see her and Courtney Love at Target and they'll beat the shit out of me!

The short version is this: Linda discovered James Blunt (though if I heard that frog voice, I would have just shot him), signed him to her indie label, Custard, then got a deal for him with Atlantic. The major label didn't see the potential and therefore offered her 20% of the profits, probably thinking it would be 20% of a whole lot of nothing. 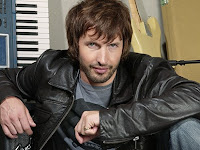 Then, when that shit song "You're Beautiful" became a smash and the album took off, Warner Bros., which owns Atlantic, tried to go around Linda and gave James a cut of the profits but not her. She's now suing for $5 million in lost royalties. (Atlantic has made over $100 million from James Blunt!!)

Linda Perry's lawsuit claims that had it not been for her, "it is likely that Blunt's album would never have been released and no one would ever have known who he was." In that case, damn you, Linda! Damn you to hell!