I Got The Feeling, But Janet Killed The Mood

Hoo-ray! My two-disc special edition of The Feeling's Join With Us finally arrived today from Amazon, and it's on its third spin right now. Some pundits, like fickle XOLondon, have publicly stated their distaste for this marvelously slick and dreamy pop treasure. (Perhaps Leona Lewis' Spirit would be more up your alley, luv?) I'm not gonna do some long, track-by-track review -- we all know I'm far too lazy for that. And besides, it's not like the album's a total work of art, like A*Teens' ABBA Generation, for instance. But I will say, Dan Gillespie Sells is not afraid to let it be known that he's happier now (and getting boinked). 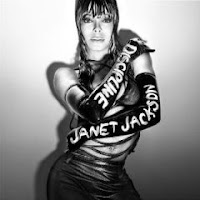 Speaking of albums, Janet Jackson's Discipline has topped Billboard's Top 200 chart this week. It's her first #1 since 2001's All For You. "Feedback" is also staying put in the Top 10 of the iTunes download chart, so it'll likely jump up on the new Hot 100 that is published tomorrow.

Yeah, I finally got around to listening to Discipline. I like that "2Nite" song and, uh...well, that's it. Mostly, my favorite thing about the whole project is the below picture, where Janet looks like that drowned thing that comes slithering down the steps at the end of The Grudge and every other Japanese horror movie remake. Sexy. 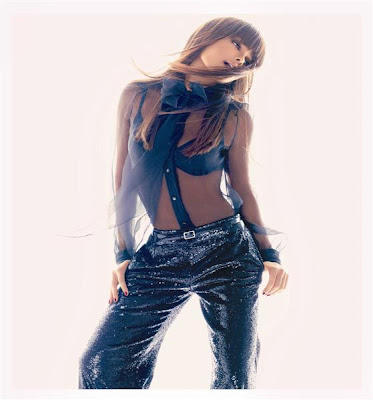 Finally, be sure to shuffle on over to Towleroad today, where I wax lyrical about the wonders of Sally Shapiro, as well as this summer's True Colors Tour featuring Cyndi Lauper and the B-52s.