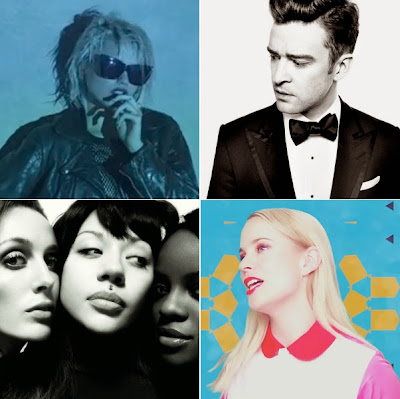 As much of a joy as is to compile the 10 Worst Singles Of The Year list, Moogaboo also feel bound by good taste to whip together our roundup of the best pop had to offer. For this year's selection, we often found ourselves going outside of the realm of actual chart hits. Also, five of the 10 tracks you'll see came from debut releases by new-ish artists. 2013 just felt like that kind of year.

So let's just get to it! Read on below, and make a playlist of our favorite songs if you feel so inclined. And, as always, let us know if you agree with you see, or if Moogaboo and D'luv need to up volume on their hearing aids. 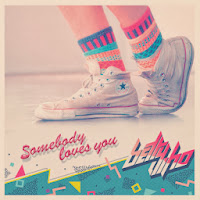 D'luv says: Next to Annie's The A&R EP, Betty Who's The Movement EP is one of the best releases of 2013. In fact, why doesn't EVERY artist just stick with four- or five-track EPs until they truly have enough songs that don't blow cobbled together to push an album out? I actually like BW's 'You're In Love' and 'High Society' better, but "Somebody Loves You" was the breakout single here.
Moogaboo says: Betty Who is the new Petula Clark! Or maybe a less-sad Robyn. Either way, “Somebody Loves You” is an undeniable piece of pop that garners multiple plays when I’m feeling down or just need to get in shape, girl. One often wonders why more established acts don’t put out this kind of uncomplicated, purely joyful pop, instead of sitting on Koonzes or doing the robot for eight minutes in front of funhouse mirrors or whatever. 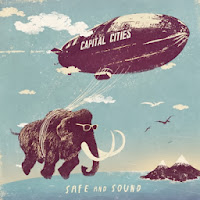 D'luv says: These guys, I'm afraid, are destined to take their place in what's sure to be the long line of one-hit wonders from the teens decade. (Maybe they'll get to stand next to Icona Pop or PSY?) Still, it's been fun championing simple synth-dance gem "Safe And Sound" from relative obscurity all the way to the Top 10.
Moogaboo says: Even if they are the new White Town, I’m finding it impossible to get sick of this single. Maybe it’s the oddness of that synth-French-horn hook, or just the uplifting lyrics (I’m a sucker for them), something about it just always rubs me the right way, multiple times in a row, with a happy ending.
Charts: US #8, GER #1, ITALY #4 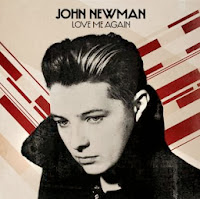 D'luv says: I really hope America latches on to this 23-year-old Northern soul crooner the way it did with, er, Rick Astley. (His debut album Tribute is finally out here on January 7!) As far as debut (solo) singles go, "Love Me Again" is as splashy and rowdy and bombastic as it gets.
Moogaboo says: Three or four weeks ago, in a dive bar in a dive town, D’luv shoves a tequila sunrise in my hand, crams a twenty in the jukebox, and asks me if I love this song. I hear the Motowny sax and go crazy. Right then and there, we started writing the bit of genius you are reading today — albeit in a bit of a boozy state of inspiration. (Which may account for why our original #1 was by someone named Bath Salts Von Trapp.)
Charts: UK #1, ITALY #3, AUS #4 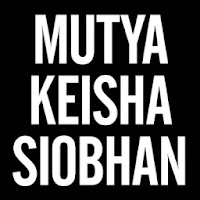 D'luv says: A sadly prophetic title. Still not entirely sure what happened with the marketing and release of the fantastic "Flatline," but at least it showed the world that these broads have still got it. And is it weird that this song reminds me of Wham! for some reason?
Moogaboo says: Chart foibles aside, “Flatline” really did bear out the potential of the reformed OrigiBabes: unforgettable tune, stellar production, and the kind of emotional depth that’s been missing for so long from pop in general. I couldn’t have asked for more and I hope it isn’t the end.
Charts: UK #50 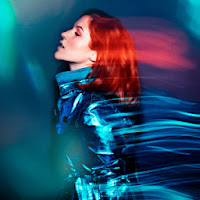 D'luv says: Should we just come and and call 2013 the year that '90s house officially rode (on time) back into the mainstream? (See more on that with our picks below.) Katy B's On A Mission era really did nothing for me, but there hasn't been a misfire yet leading up to her forthcoming 2014 album Little Red (out February 3).
Moogaboo says: I don't know anybody else who deserves the #6 slot more than Katy B! Seriously, this gal sounds like she was born at peak hour in a gay bar circa 1996. Wership.
Charts: UK #14 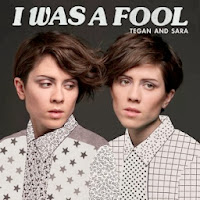 D'luv says: In a perfect world, Tegan and Sara's Heartthrob album would have caused an Adele-sized popquake in 2013. And I guess in some small way it did; they're on a ton of best lists this month...including ours! Lead single "Closer" would have been the more obvious choice, but "I Was A Fool" was an undeniable highlight from the pair's perfect seventh LP.
Moogaboo says: The ghost of Roxette haunts my heart every time I hear this. Seriously, even though we always joke that this yearly list could easily be retitled “Flops That Deserved To Be Hits, And The Flops Who Love Them,” I’m extra-pissed this year that Tegan And Sara didn’t snatch some number one wigs!
Charts: CAN #19

4. Chase And Status featuring Louis M^ttrs, "Lost And Not Found" 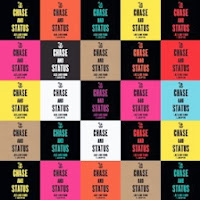 D'luv says: Nineties breakbeats meet bittersweet lyrics about "the pain of getting older" on this outstanding dance track. In the grand scheme of things, this song probably went by unnoticed by the general pop-loving community this year, but "Lost And Not Found" is my favorite kind of beat-driven jam: one with the ability to make you feel both giddy and forlorn.
Moogaboo says: Should radio ever choose to deviate from its current EDM/Music for Dum-Dums formula, they could do worse than this pensive yet propulsive number. Also, the video gives me misty memories of the first time I visited D’luv in L.A.!
Charts: UK #9 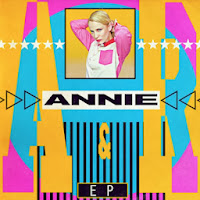 D'luv says: Annie gets better with every release, and The A&R EP proved that when Richard X is in the mix, it's always going to be a sexy, smile-inducing retro romp. I'm not even sure if this was an official single, but there was a video, so there you go. If you don't yet have it, treat yourself to this perfect four-track EP or else you'll suck forever.
Moogaboo says: Indeed, Annie can do no wrong. (Er, no one mention "Tube Stops And Lonely Hearts”...) I loved all of the the sprightly future-retro-pop on her A&R EP, and this '90s-colored single really reminded me of my twenties wasn't born yet! 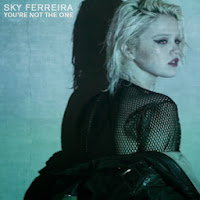 D'luv says: "You're Not The One" makes me feel like I'm wearing a Pac Man tee and Duran Duran is happening to me all over again in 1983. The only things missing are a joystick in my hand and Frogger on the screen. "You're Not The One" is just one fraction of Sky's overall incredible Night Time, My Time album.
Moogaboo says: There's something so genius about the way "You're Not the One" takes a familiar Smiths-esque riff and turns it into big n’ dusky dance pop, not to mention the way Sky growls it into an angst-ridden midnight confession. Perfection, even with the Dollar Tree Sharon Stone getup. 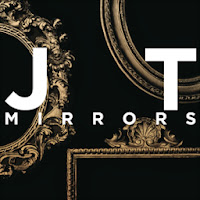 D'luv says: These past two years have been unconventional ones for pop — not necessarily a bad thing! — so much so that when Justin Timberlake delivered this straightforward *NSYNC throwback in February, it sounded like a revelation. Bonus points for giving bubblegum some emotional depth.
Moogaboo says: This was the only certified gem to crawl out from under the bloated 20/20 Experience, deservingly so. With its muscular beat and melancholy chorus, it brought a feeling of tristesse to the radio that’s all too rare. Now if only we could get Justin to go back to radio-edit length videos.
Charts: US #2, UK #1, AUS #1