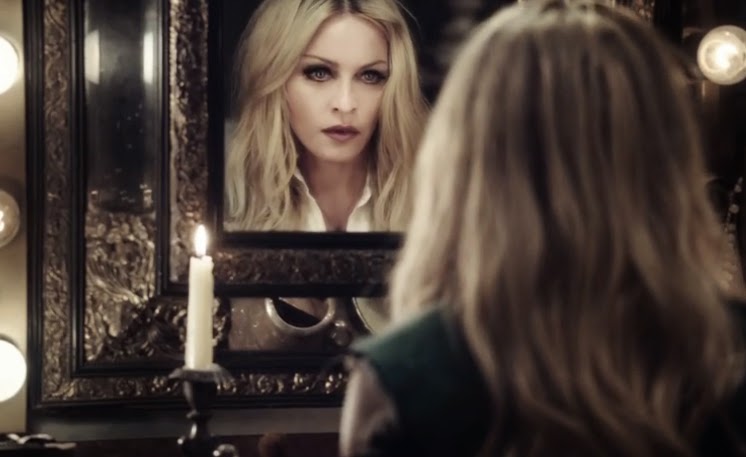 Have I mentioned yet that I'm totally on board with Madonna's Rebel Heart era? Because I am. I even bought this trash on vinyl! Also, one week ago I wrote up a thinkpiece-ish type thing on Idolator asking "Why Isn't This Album A Hit?", which has racked up nearly 500 comments.

So anyway, yeah — I'm totally down with Madge in her floppiest era ever, because the music is her best in 10 years (since Confessions) — or, I might argue, 17 years (since Ray Of Light).

This, then brings us to Rebel Heart's second single, "Ghosttown," the music video for which has now premiered (with no thanks going to the Meerkat app). Madonna pulls out all the usual stops for this one: a photo of her mother; a crucifix; some pretty impressive dancing; an ethnically diverse cast; and the old standby of automatic weaponry. And, you know what — it all works, and fits the song perfectly.

You can watch the visual above and see for yourself, but I'd say this is Madonna's best music video since maybe "Jump" in 2006 or even "Hung Up" in 2005.